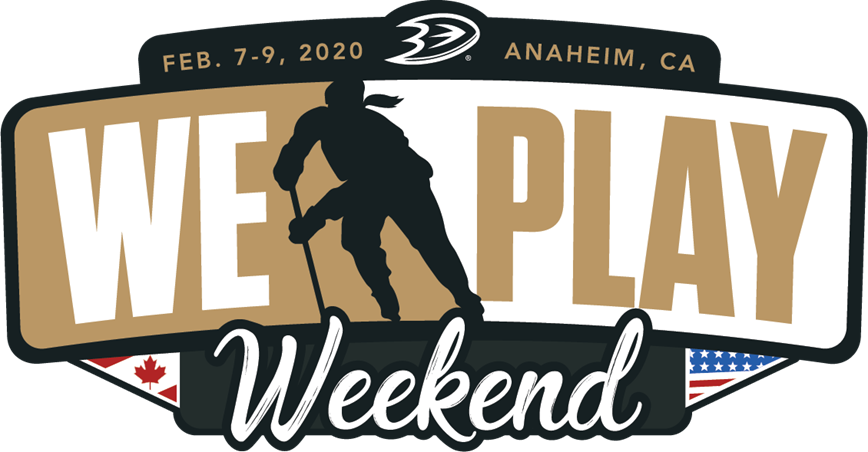 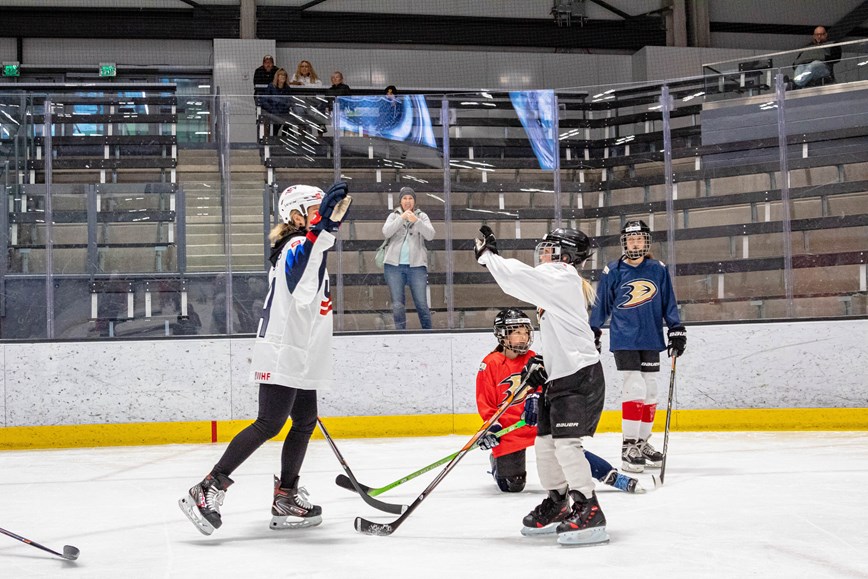 The roar of the crowd was deafening inside the Honda Center as Team USA buried the puck off a hard-fought play 42 seconds into Overtime, effectively clinching the inaugural Rivalry Series trophy against Team Canada on February 8. Hugs, cheers, and American flags abound were all to be seen amongst the record-setting 13,320 fans in attendance in Anaheim, the largest American crowd in U.S. Women’s National Team history.

“Tonight, the Anaheim Ducks, they set the tone, they set the market and they proved to the rest of the NHL clubs that you can host a women’s hockey game in your building, and you can sell it, so I’m excited to see where we go from here,” reflected Team USA Captain Kendall Coyne Schofield.

In preparation for gameday, the U.S. Women’s National Team held a training camp from January 29-31 at Great Park Ice & FivePoint Arena, immersing themselves within the Southern California hockey scene, which included team practices with the Lady Ducks, a big win against the Jr. Ducks 16U AAA team, and a joint scrimmage with the Anaheim Ducks after their respective practices.

The five-game Rivalry Series between Team USA and Team Canada, however, ultimately proves to be greater than just national pride. In conjunction, the Anaheim Ducks hosted the We Play Weekend, which included multiple initiatives to celebrate girls and women’s hockey.

There was an excited buzz in the air as parents and participants alike filled Great Park Ice the day after the game to take part in a variety of clinics. Special Girls Try Hockey For Free and Women’s Try Hockey For Free clinics filled with informative drills, laughter, and a sense of team camaraderie and co-coached by members of Team USA, presented a very bright future for Women’s Hockey, not only in skill, but also in its growth at the grassroots level.

“For a market that most people don’t consider as a traditional market for hockey, it was a huge accomplishment to host the largest attended Women’s Hockey game in the United States, then come back the very next morning and introduce over 50 girls and 50 women to the sport of hockey for the first time. It was incredible,” said Jesse Chatfield, Director of Marketing for The Rinks.

Notable members of Team USA such as Hilary Knight, Briana Decker, Amanda Kessel and Megan Bozek joined the on-ice fun for the Try Hockey clinics, along with the rest of the Olympians. In addition to the Girls and Women’s Try for Free events, Try Sled and Blind Hockey clinics were also held at Great Park Ice. These clinics were run with the help of national players of the respective sports, with athletes such as USA Women’s Sled Hockey team member and 2019 21st Duck Lera Doederlein and USA Blind Hockey member Blake Steinecke joining the U.S. Women’s National Team on the rink to offer some on-ice tips and tricks to all participants.

According to Chatfield, “each and every participant had a smile on their face when they hit the ice, and it only grew when they saw their idols hop onto the ice to play hockey with them. Nobody wanted to get off the ice, let alone leave the building after.”

The initiatives offered by the Rivalry Series and We Play Weekend remind us, however, that this is only the beginning. Women’s Hockey, along with the sport overall, continues to grow and will only continue to flourish. For Coyne Schofield, it’s evident.

“It’s an excellent feeling and the crowd out [at the game] was amazing. Together we’re breaking barriers, we’re setting records and it was worth the price of admission,” Coyne Schofield said.

Now, the onus is on everyone to take the successes of the past and carry it onward into the future. Aaron Teats, Chief Marketing Officer of the Anaheim Ducks said, "We have seen the growth of the women's game first-hand through our Lady Ducks programming here in Southern California and we look forward to the continued growth and evolvement of women's hockey for the generations to come."