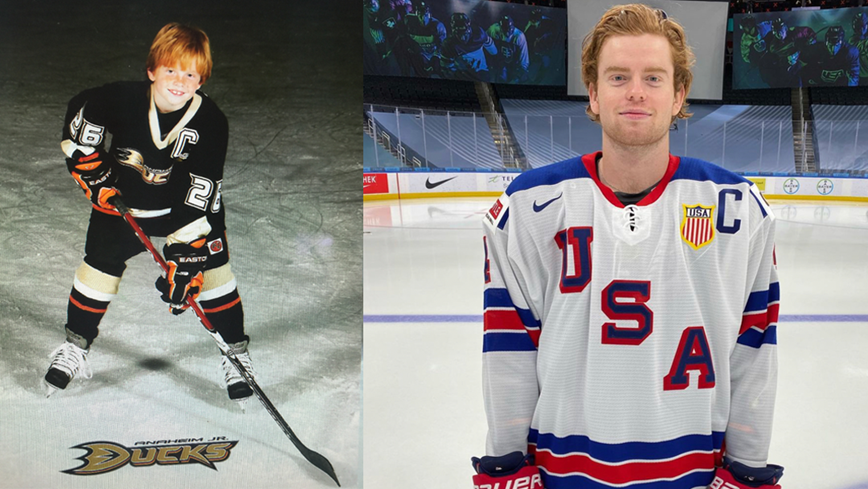 University of Michigan sophomore defenseman Cam York has been named captain of the 2021 U.S. National Junior Team, which is playing in the 2021 IIHF World Junior Championship in Edmonton.

“It says a lot about this leadership group being voted in by their teammates,” said Team USA coach Nate Leaman, also head coach at Providence College. “It’s a tremendous honor to be named captains and represent your country. This isn’t our team, this is their team. I believe our locker room is filled with leaders, and to be successful each guy will need to step up and be a leader in their own way, whether wearing a letter or not.”

In addition, University of Wisconsin sophomore forward Cole Caufield and former Wisconsin forward Alex Turcotte, who signed with the Los Angeles Kings this past offseason, were named alternate captains.

“I’m humbled by the guys naming me captain,” said York. “This is a huge honor, and I’m excited for what this team can do. I think this is not just a really talented team, but it’s a great group of guys who really care about one another and have come together well as a team.”

York played for the Anaheim Jr. Ducks growing up and is also an Anaheim native. He later played for USA Hockey’s NTDP from 2017-19.